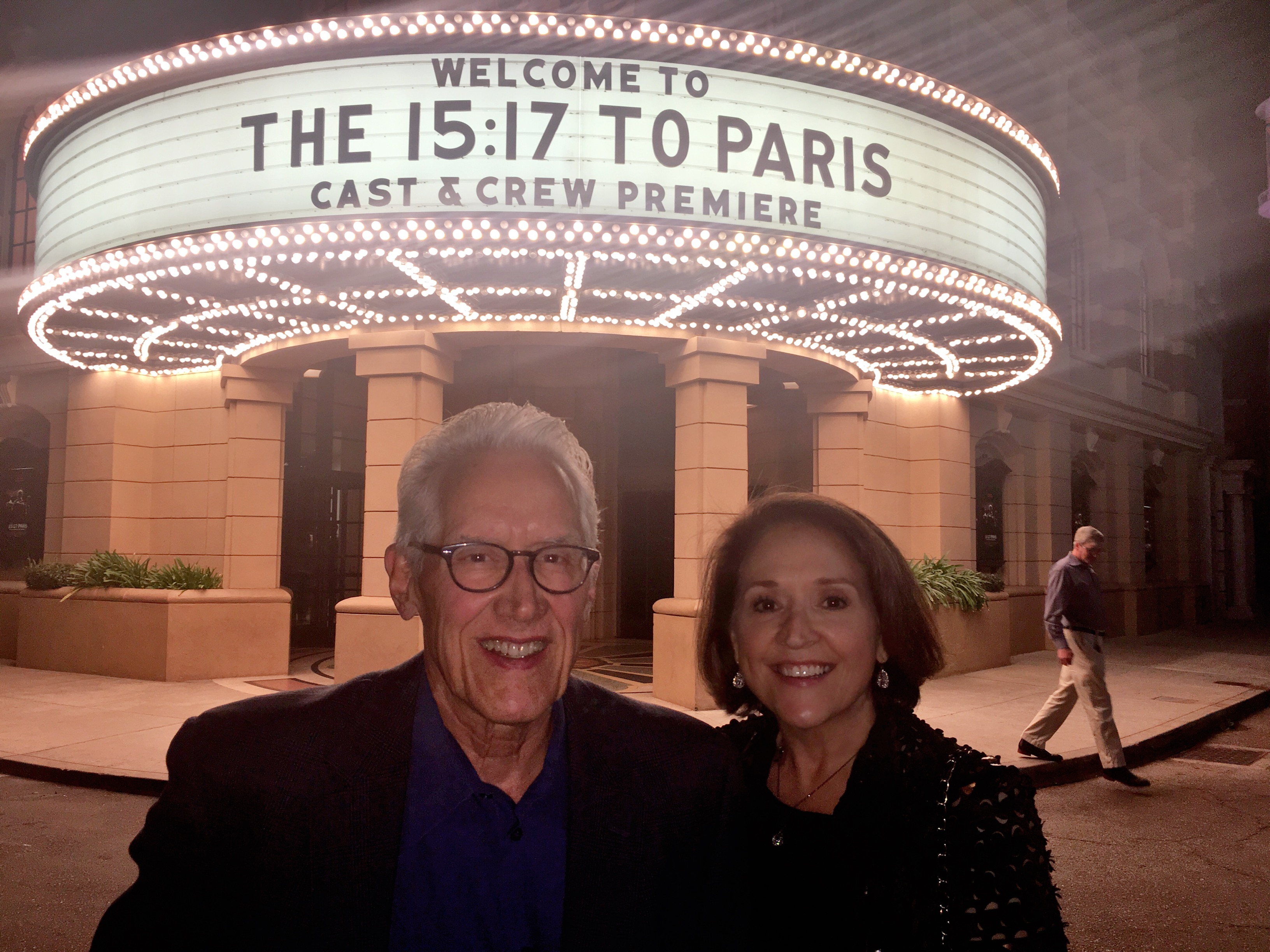 Warner Bros Studios hosted the special pre-opening event, screening The 1517 to Paris at the Steven J. Ross Theater on the historic WB lot.  Elena and her husband Dennis attended the cocktail reception and screening, along with the rest of the cast and crew. The excitement in the theater was palpable, as it was the first time many of the party goers were seeing the completed film. It was also the first chance for everyone to celebrate their work together, sharing food and drink.

Academy Award-winning Clint Eastwood directed The 1517 to Paris.  The film tells the true story of three young American friends who thwarted a terrorist attack on a French train in the summer of 2015. Elena plays the college professor of one of those young men, Alek Skarlatos. This scene reflects on Alek’s decision to join the military, as the film builds the stories of how each of the heroes ended up in the right place at the right time on that fateful day.

The cocktail reception and screening were a perfect way to top off the exciting journey of The 1517 to Paris! Not only was it thrilling to be cast by Clint Eastwood, it was an absolute delight to work with him as a director. Elena is truly grateful for the experience of working with Mr. Eastwood, one of the top film directors of all time, as well as with his team of producers at Malpaso Productions. Each and every member of their team treated Elena with charm, grace and respect throughout the entire process – from the audition, to shooting her scenes in Atlanta, to including her in the final celebration at Warner Bros Studios.

Elena looks forward to having the opportunity to work with Mr. Eastwood and the rest of the Malpaso team on a future project soon! 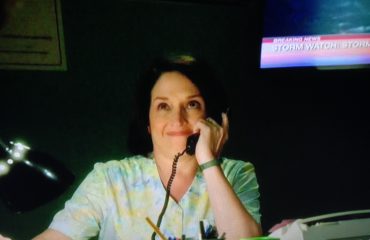 Elena is a psychiatric nurse in Season 1 of The CW’s award-winning satirical romantic comedy-drama telenovela JANE THE VIRGIN! 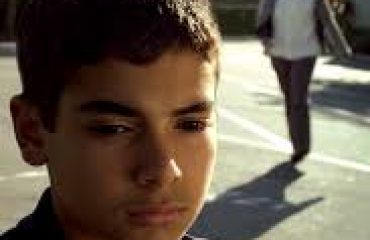